Deal Protocol is a decentralized ecosystem that combines all types of iGaming events as well as Nft Marketplace for Creatives into a single decentralized network on Binance Smart Chain. There are several possibilities to pick from while utilizing the site, including a large range of games like Poker, Dice, Roulletes, and so on. NFT Marketplace also allows consumers to gather and support their favorite Digital producers through our NFT Marketplace. 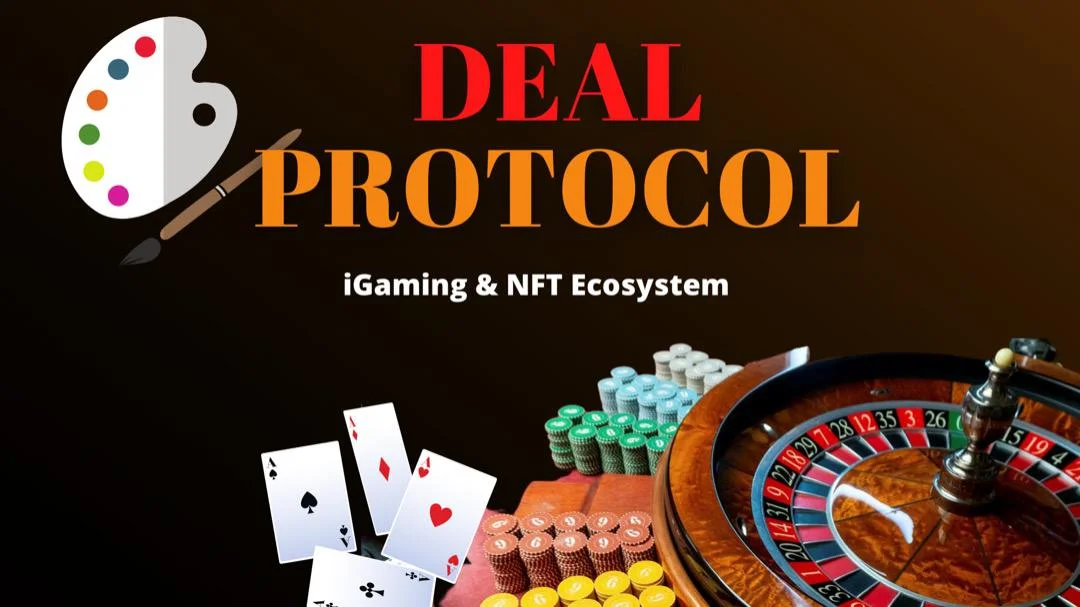 How the platform works

For all draws, we employ our utility token DEAL, which is utilized for all interactions with the player’s personal balance. Each game is built on its own smart contract, and the source code for each is available on Github. The winnings are gathered in Deal Protocol tokens and are kept in a separate BEP20 account managed by smart contracts. If a player wins, the equivalent in DEAL tokens is instantly transferred to the player’s balance and made accessible for withdrawal (in DEAL tokens)

Deal Protocol, in conjunction with its iGaming Initiatives, has decided to go the extra mile and host a marketplace within their Ecosystem, so that people can not only enjoy Lotteries and Jackpots or other iGaming Events, but also take time to participate in the creative world of Art using their Ecosystem.

The type of NFT marketplace that Deal Protocol is developing will have the following features:

They are paying close attention to storefront design as they construct their own Nft solution. All information regarding assets for sale should be carefully arranged so that users can quickly review the item description, price, and attributes, and place a bid.

Objects on NFT platforms can be sold using either a fixed-price or an auctioning mechanism. The second demands the creation of a unique auctioning process. This approach will aid in the effective management of bids by automatically determining the bid expiration date and current state.

Their NFT platform users will be required to acquire tokens in a smooth manner. The simplest approach to allow them to do so is to integrate their current wallets into their site. Using an API, you may add support for MyEtherWallet, Trust Wallet, or any other decentralized Bsc enabled wallet. 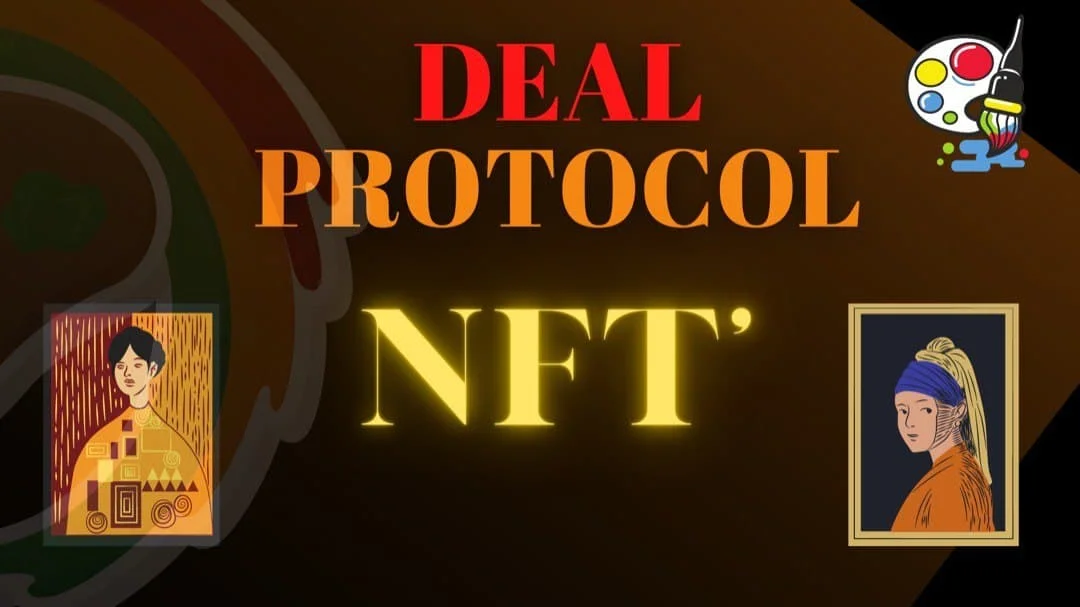 Unlike in many other fields, blockchain technology is appropriate for use in the field of iGaming and addresses the majority of the industry’s existing challenges.

Deal Protocol is the only blockchain-based iGaming project that was created in collaboration with NFT Marketplace, and it will collect input from the professional community, enhance the product, and plan a marketing campaign to attract additional customers. And the initiative is set to reach a large number of people.

Their product is entirely user-friendly and utilizes minimal fees via the Binance Smart Chain, and we are focusing on improving and developing the project rather than on initial development and solution discovery.

Because most online casinos seem the same and differ only in color, unique content is one of the most important components in their success. They put in a lot of effort to create their own architecture, unique content, and design that is compatible with the majority of mobile devices. They do not employ White Label solutions from other companies; instead, they have established a robust solution development department of their own.

Their platform is completely integrated – they have created a one-of-a-kind architecture that enables us to swiftly design any game based on smart contracts, add a payment system, connect third-party services, and offer White Label iGaming solutions to other market players.

Deal Protocol is a project that has expanded beyond the crypto industry’s players and is aimed at a large audience of traditional iGaming and art enthusiasts.

They are the only ones who have ever deployed NFT and iGaming on the basis of smart contracts and the BEP20 Protocol:

– They were the only ones that accomplished smart contract prize drawings;

– They created a smart contract-based version of the traditional German 6/49 Lottery.

Deal Protocol token (DEAL) is the utility token of the Deal Protocol iGaming and NFT ecosystem; consumers who wish to utilize any of our products must acquire deals on the various Dexes or CEX.

A Deflationary Token for the iGaming and NFT Markets 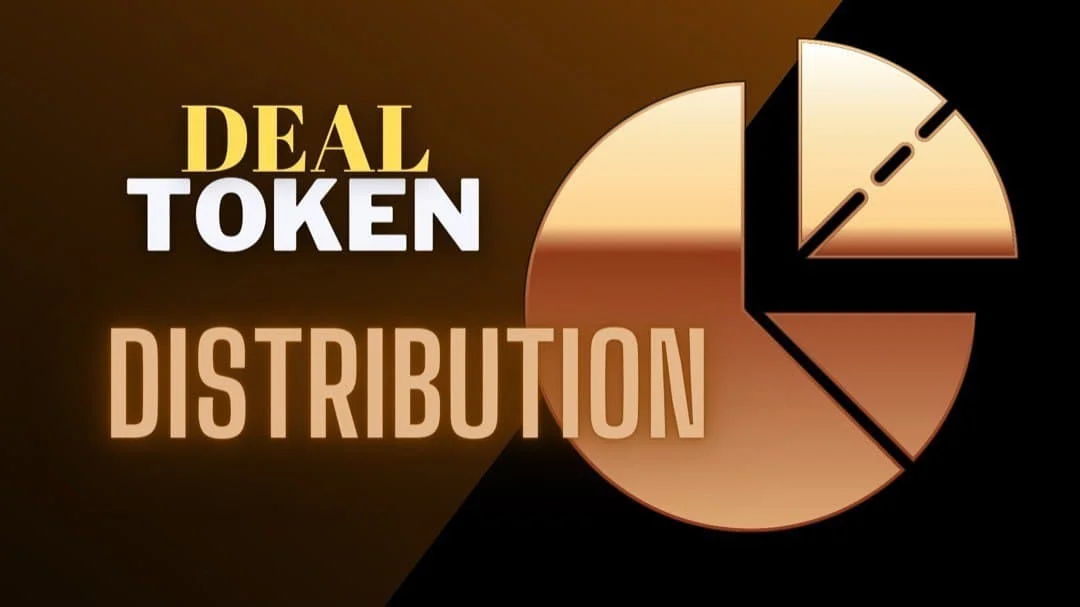 The token sale will be done in two ways.

– Updates on the flash sale will be officially announced on their Telegram channel and other social communities at:

– The public token sale will begin on June 6th, to buy deal token, go to the countdown page: https://dealprotocol.io/buy

– Development of random number generator (RNG) based on blockchain.

– Smart contract based lotteries development and their integration into a platform

– Utility token integration into a platform

– Implementation of BEP20 chain token system integrated into a platform

– Deal Protocol is the fully iGaming integrated platform for lotteries and games of chance based on smart contracts.

– Start of the iGaming vertical (card games with the casino): Black jack

– Protocol Test and Analytics on performance of iGaming Stage 1

– Partnership with DEX focused on NFT

– Partnership with Top Digital Artist in the NFT Space

– Increase in customer base

– Expansion of the range of games

– Strengthening of the iGaming vertical

Today, meet Levyathan, a project with a unique value proposition evolving on the Binance Smart Chain. The kind of project...

HoDooi.com is a multi-chain NFT marketplace where users can create, buy, sell, and resell digitised goods, which is protected by...

Piggy Finance provides consumers with Stablecoin financing at 0% interest and the lowest collateralization ratio available. Introduction Piggy is a...

On Binance Smart Chain, LazyMint is a new form of Yield Farm with Automatic Liquidity Acquisition combined with Delegated Farming....

JINDO promises to provide a safer SWAP for investors by combining a magnitude swap with a magnitude NFT. Introduction JINDO...